Read this story in a magazine format here.

A survey into the food waste habits of communities in Wellington, Tauranga and Dunedin has shown surprising results.

Results showed that the resources helped the intervention group who reduced its food waste overall by 7% over four weeks. In contrast, the control group, which was not provided with resources but was asked to measure their food waste each week, increased its food waste by 22% over a four-week period.

The majority of intervention participants found magnetic meal planners and the “quick tips” posters to be quite useful or very useful in reducing food waste.

Emma, an intervention group participant said the project helped her to reuse food, rather than wasting it.

“We have reduced our food waste volume-wise but most importantly the proportion of waste that could have been reused has drastically reduced. We are eating more fresh produce (and buying less) and our leftovers selection going to the freezer now means we have more options for nights when we don't feel motivated to cook.”

Dunedin City Council’s Catherine Gledhill said the council took part in the survey because Dunedin has a high student population who fit into the “high food waster” category.

“Dunedin City Council is moving to kerbside food waste collection next year but we’re still focused on reducing food waste in the home.

“The intervention did have some impact which is really pleasing to see. For us, it backs up our ongoing support for the Love Food Hate Waste campaign. We share the Love Food Hate Waste message as part of any food waste initiative that we’re involved with and we share it with community groups who may want to impart those resources to their members.”

What is the Pilot Intervention Programme?

We wanted to find out if interventions, such as educational resources, would reduce the amount that these groups wasted.

The Pilot Intervention Programme was developed with the help of an expert who provided guidance on who to target and what to do (read more about that in our previous revolve article). Three local councils were involved – Wellington, Tauranga and Dunedin City Councils.

What was involved in the study?

The participants were divided into two groups: a control group and an intervention group.

Both groups were asked to measure their food waste and answer a short survey each week for four weeks, but the intervention group was provided with education – including tips about meal planning, what to do with leftover food and how to reduce food waste overall.

At the end of the four weeks, we collated and analysed the survey results from both groups. Our key findings are below.

There were initially 76 participants but one person did not complete the whole four weeks, which meant 75 participants’ food waste was included in the final analysis. 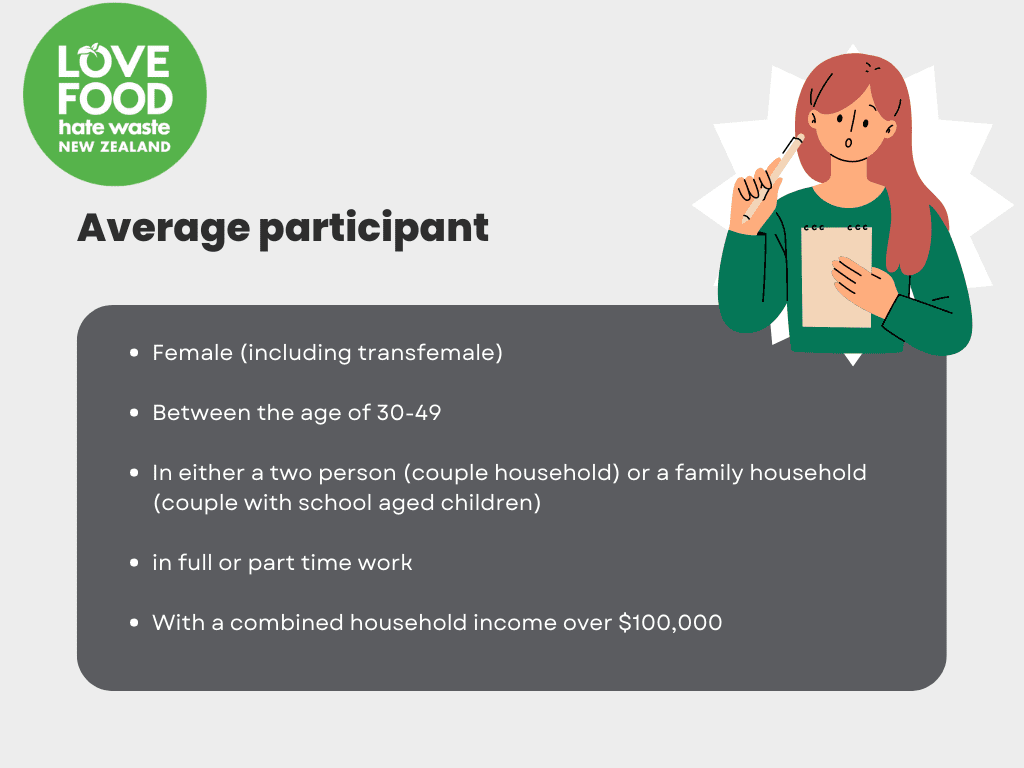 At the start of the project, we asked a series of questions that prompted the participants to identify behaviours and motivations related to topics such as food, shopping, storage, cooking, disposal methods and more. 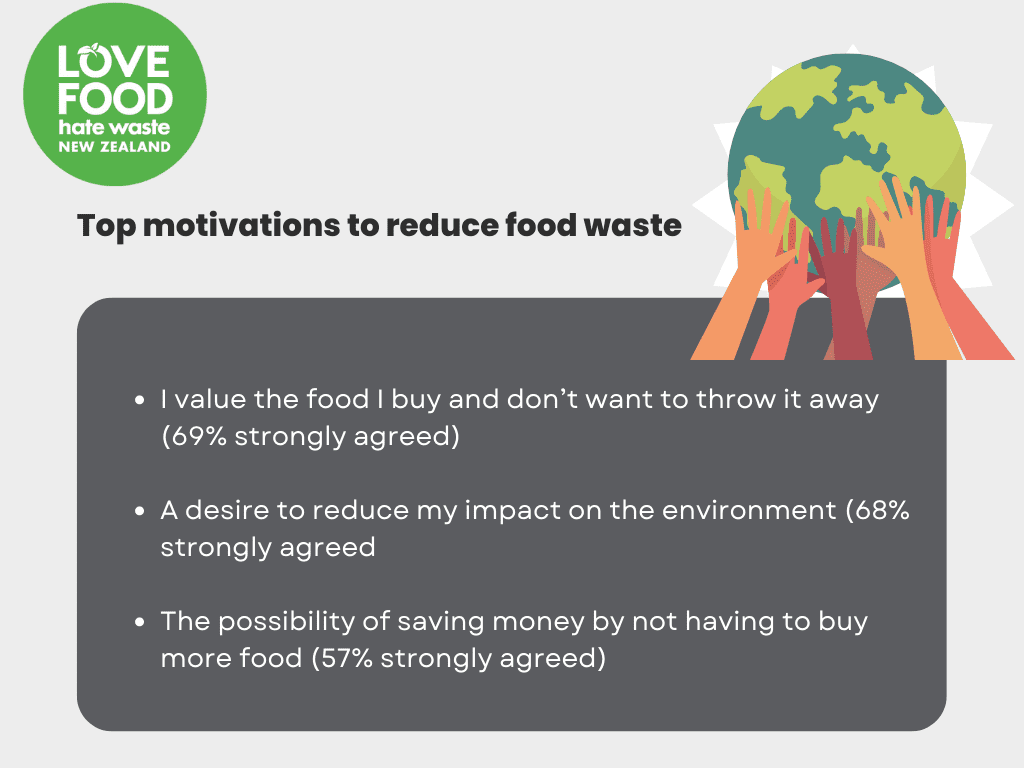 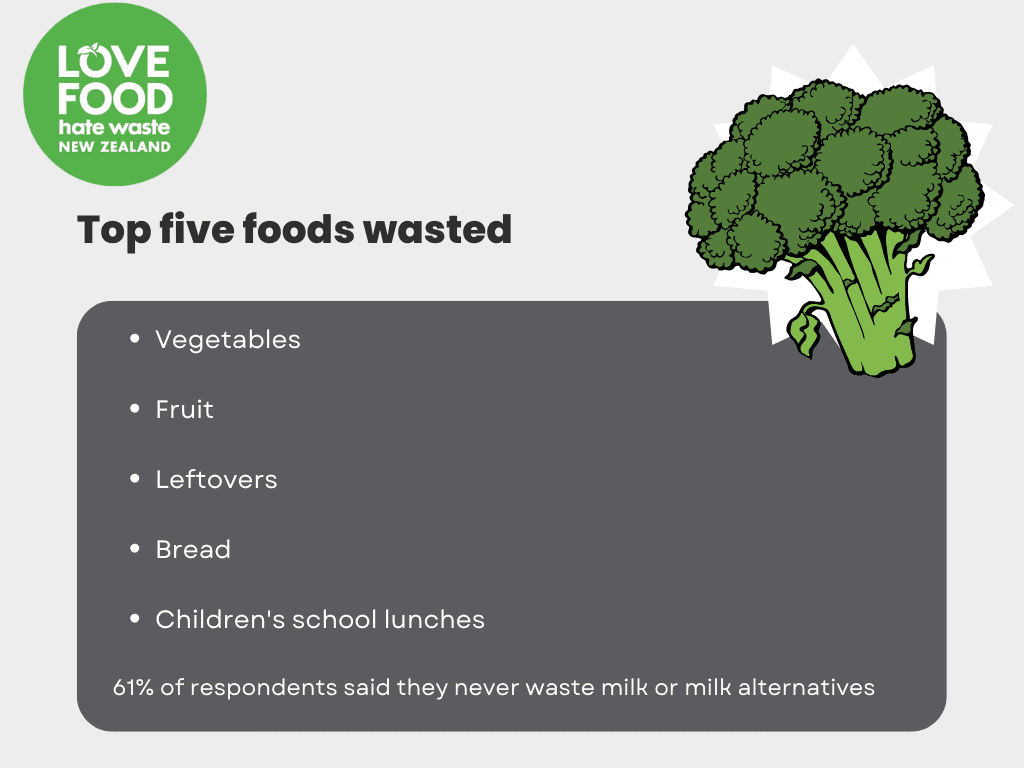 The top ways of getting rid of food waste were:

63% of participants were the main food shoppers, while 29% share the task.

How did participants reduce food waste before shopping? 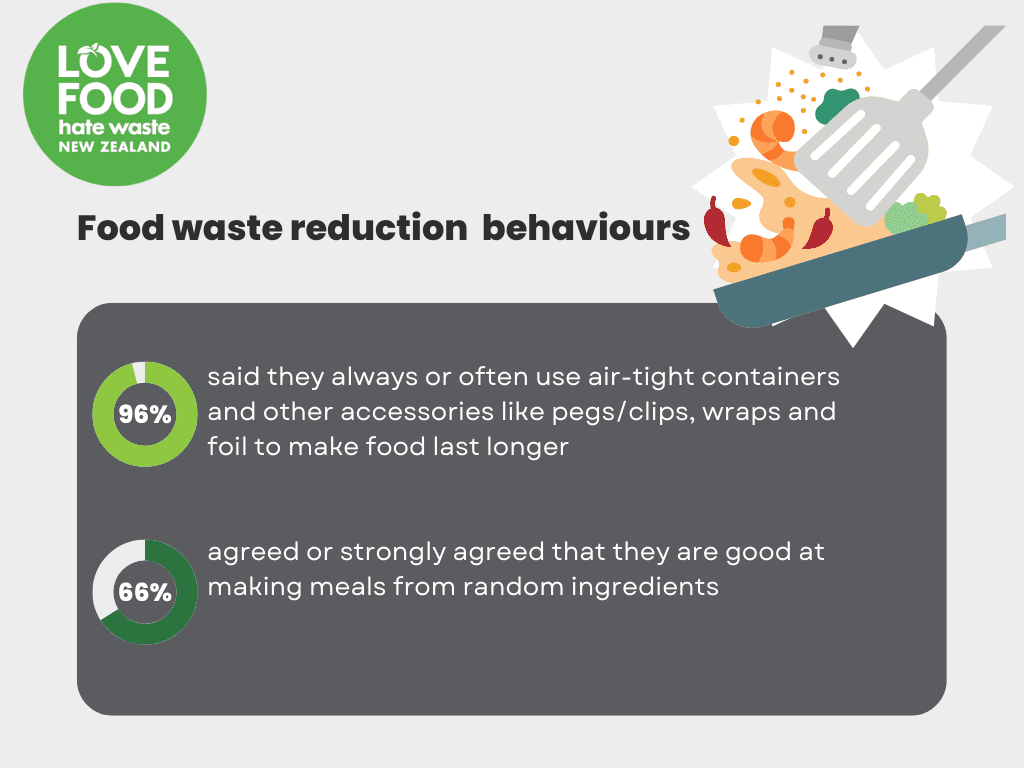 Results of the Intervention Project 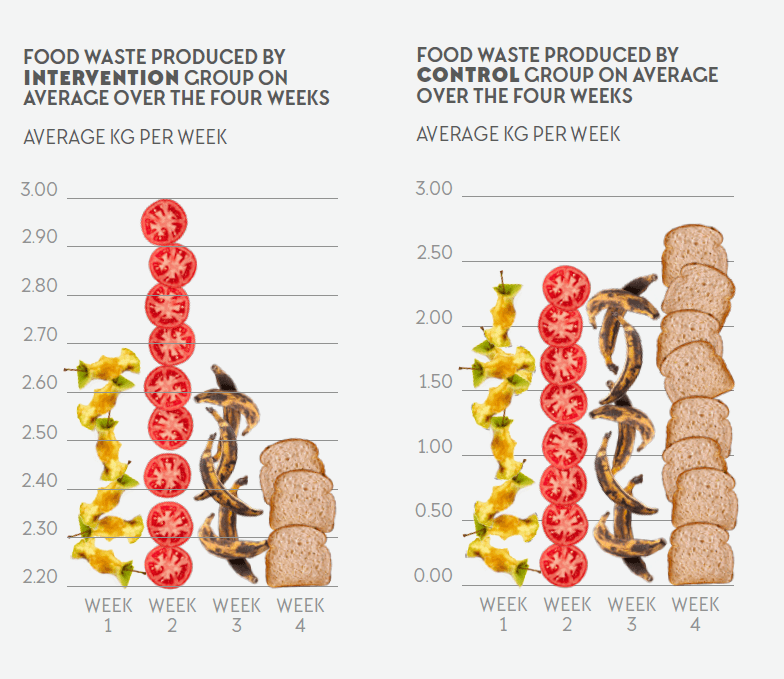 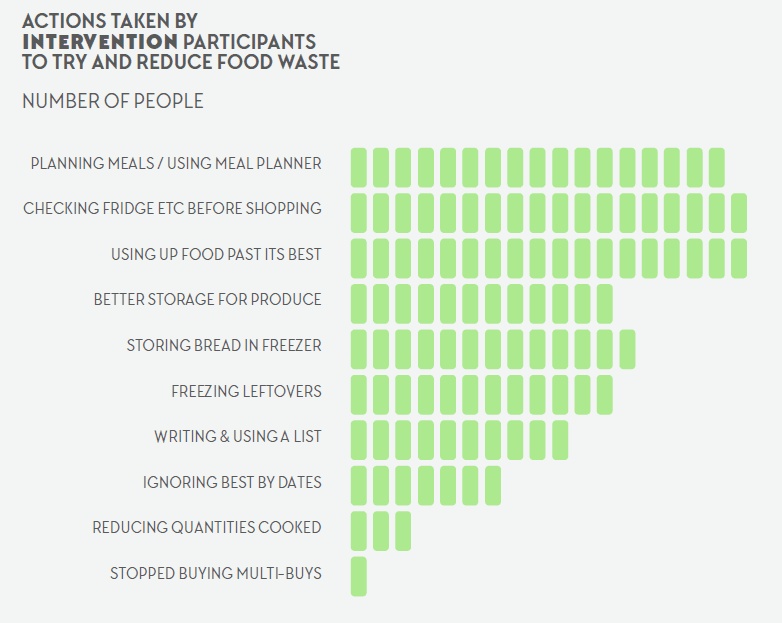 Intervention participants were supplied with a variety of resources such as New World/LFHW weekly meal planners, magnetic whiteboard meal planners, quick tips and other posters, videos, online resources, and eat me first stickers. In order of usefulness:

·  38% of respondents found that some or all of the online LFHW resources (Such as the A-Z storage guide and the recipe database) had helped them, while a further 32% said they had given them lots of ideas to put into action in the future.

What’s next from here?

The participants will be sent a follow up survey before the end of the year to see if any of the behaviours they adopted during the four-week project have “stuck”.

This study had a very small sample so is not conclusive, but it did show some promising results. Feedback from the participating councils have highlighted that the study could be modified slightly, as outlined below:

Read this story in our Revolve magazine
Tags :
Categories :
Government